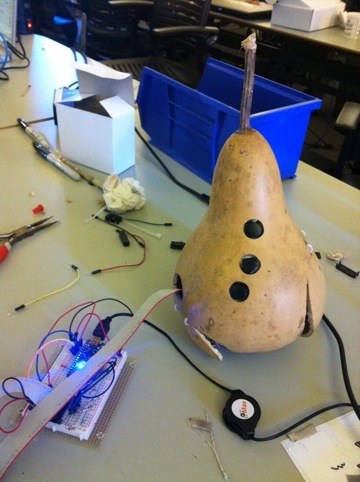 I recently got took part in the New Music Controllers workshop at CCRMA, Stanford. Overall it was a great experience. I took a similar class at LSU this previous semester but was interested to see how differently it was as CCRMA. In the end, it was not very different, but the personal connections and the information I gathered about the CCRMA was worth the cost of the trip.

Unfortunately the main instructor, Ed Berdahl, was stricken with E. Coli after a trip from Germany, and was out 4 of the 5 days. It apparently has a gestation period of a week or two before you’re gripped with pain. Chris Carlson had to take over for Ed the rest of the week, which was not turrible.

The building at CCRMA is beautiful. It sits on a hill that overlooks the rest of the university. It would have been nice to see what other work is being done there, but it was relatively quiet while we were there.

The whole concept of the BeagleBoard is interesting: they’re basically tiny computers, similar to your smart phone’s power. It has the ability to output audio and video. The biggest selling point is that the hardware and software would endure (since everything is stand-alone and housed on the tiny palm-sized board) well past any well-intentioned new music controller should. For an installation, it would be awesome. But for the use of instrument, you would always require additional cabling (for sound, amplification).

Any complaint I have about the whole week the strong-arm prices for the use/purchase of BeagleBoards and Arduinos, which were supposedly given to them for free. Of course they allowed to do whatever they want with them, but the cost of the workshop, registration, and then the eventual purchase of the units would have been $700+. Not counting the flight and week-long meals, I was barely breathing with my grad-school budget.

If money wasn’t an issue, I would probably go to all the CCRMA workshops. The people, area, facilities, and climate is just awesome.

I did glean some information on how they run their Listening Room, which is an awesome space for ambisonics. I think it has 24(?) multi-level channels.

I left for San Francisco today and nearly missed my connection, when the BTR->IAH was twenty minutes delayed. But everything worked out after hustling through the airport.

After arriving at SFO, I grabbed some Dim Sum and coffee, then quickly found the SuperShuttle attendants curbside. The service was really fast. Riding along the Bay, I tried to remember the stops we made when I visited in Middle School.

Having lived in Baton Rouge for so long, I was surprised, immediately stepping off the plane, by how many asians there are. And there absolutely is a difference in the way people look, dress and move than Louisiana.

I’m staying in the Cardinal Hotel, which is very close go Stanford and in the middle of a restaurants and cafes. I downloaded the iStanford app for iPhone; it shows me campus maps and their up-to-minute bus routes.

I got in pretty late last night and didn’t get clear impression on how to navigate the area. But after getting my bearings, I realized my hotel was in a prime location to get to campus quickly and eat good pricey food. The downtownish area is perfect for date night eating and a lot of restaurants take advantage if the climate with door air seating or open shop fronts.

Today’s meeting showed us PD, a free open-source programming language, similar to Max/MSP, and it was an introduction to the BeagleBoard. It’s a cool, little stand-alone computer, whose application as a new musical controller is still very limited. 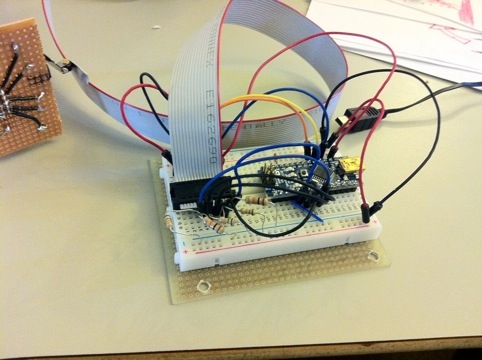 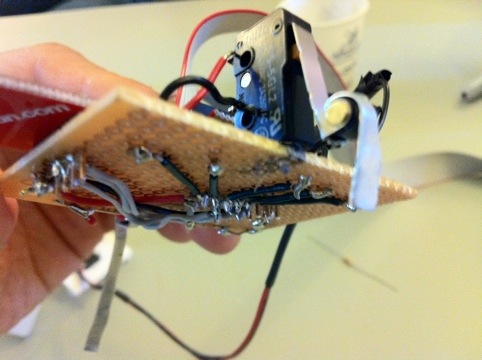 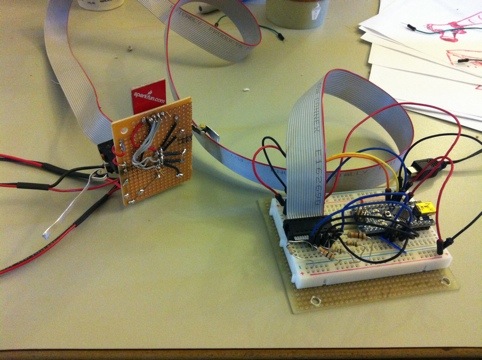 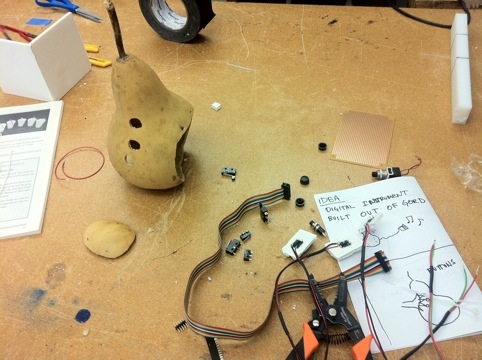