[ Construction no. 1 ]
(interactive installation) addresses concepts of resonance, feedback, deconstruction, and inundation in the contexts of sound, music, and social media. The installation is a collection of position-aware resonant acrylic cubes, that, depending on their placement, respond with varying audio and projected visual. 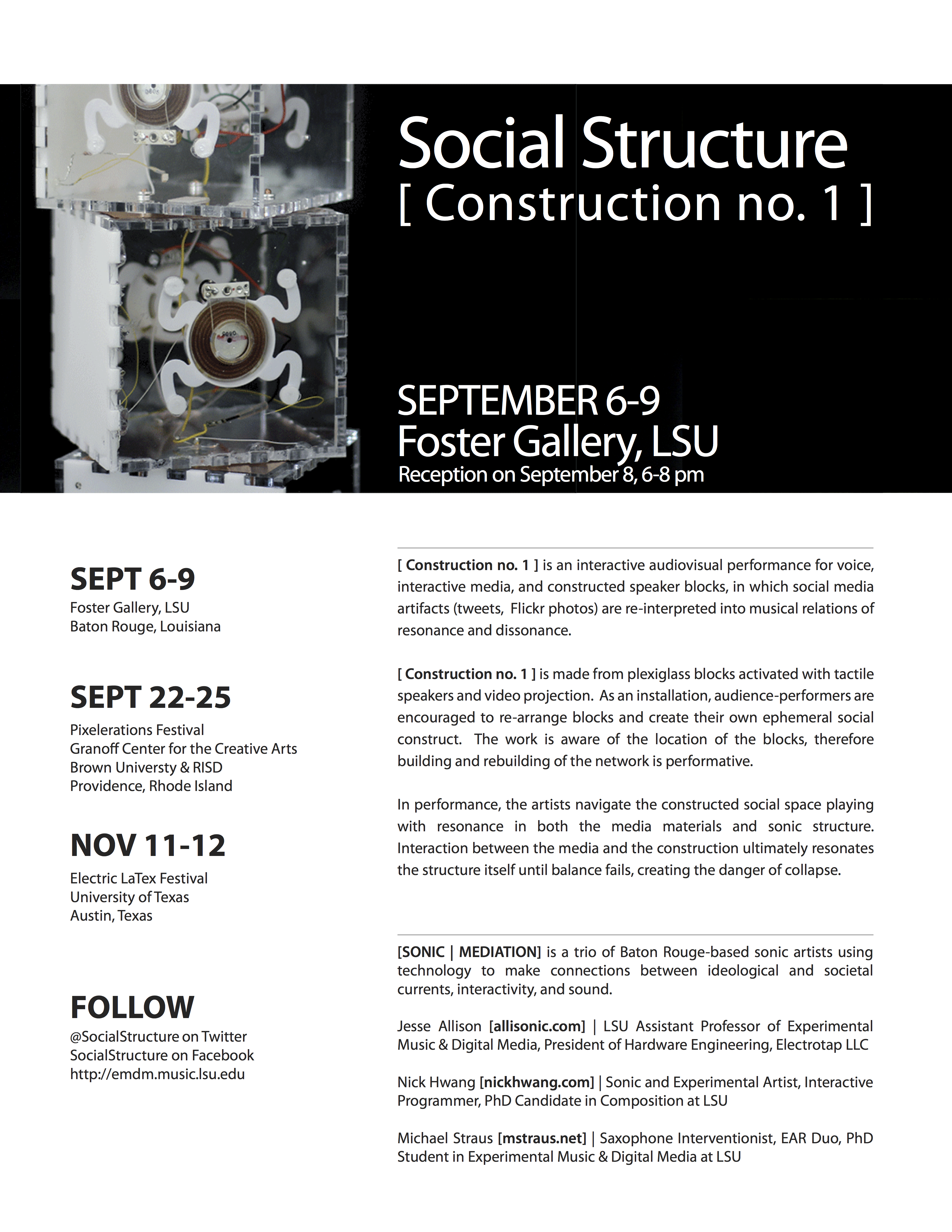 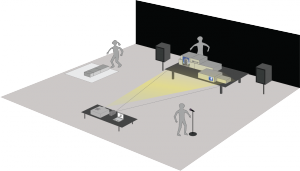 Performers create structures out of translucent blocks. Depending on the blocks’ relation to one another, varying synthesis and speech is transmitted through the speakers within the blocks. Social media imagery artifacts (photos of structures and their collapse, and other social structures) are projected on the blocks, using a block-aware computer vision system. Audio from performers reading social media updates (tweets, Facebook updates, 4Square check-in) will be processed and recycled through the blocks. A resonator-laden platform, on which the structures are built, will continuously feedback all aural material, causing the entire structure system to shake and buckle on its own resonance. The collapse is an unavoidable as the resonance and feedback eventually overcome the structures from which they originate.

[Construction no. 1] will exist in both installation and performance formats. 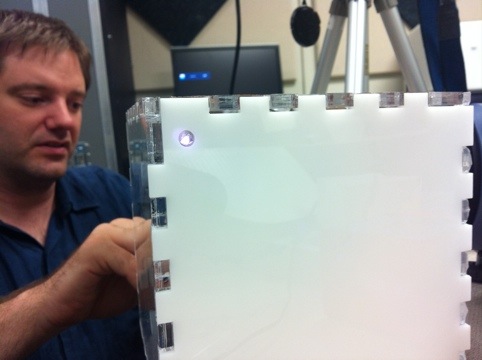 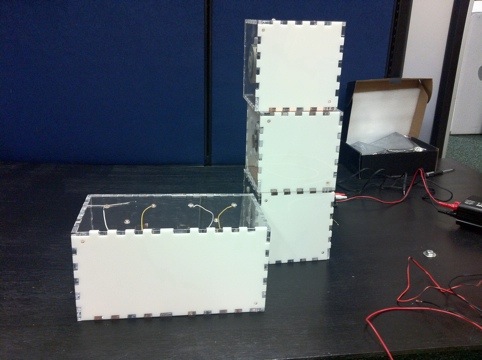 [Every interaction we have is a Social interaction. Through them we construct intricate networks of communication that reinforce our vision of ourselves and our place in existence.] [A structure is built which provides a physical body upon which to manifest this network, it’s implications, and resonances.]

Nikola Tesla was an undisputed genius and a visionary at the turn of the 20th century. His contributions in electricity and radio redirected the world and helped shape modern life; his concepts of wireless energy and remote transmission of sound and images are relevant today. Wireless and remote communication is one of the underlying strengths on which social media rely. It can be said, that Tesla’s ideas are still resonating, a century later.

[Participants are able to tweet @SocialStructure to instigate sonic activity and incite resonance within the structure. They are also able to speak their mind and have their voice incorporated into the installation.] [Performers use translucent blocks to construct this physical manifestation. The blocks themselves are self aware and aurally adapt to their place in the construction. The act of building and rebuilding the network is performative.]

[Through projection and tactile vibration, stacking the translucent blocks creates a construct of information.]

Not all Nikola Tesla’s ideas were constructive. In fact, some of his inventions were meant for destruction. His deathray or ‘peace ray’ was supposed to put an end to all war. His ‘earthquake’ machine, which operated on the resonant frequencies of large objects, was said to be able to bring down the Brooklyn Bridge.

One legendary story tells of Tesla’s inability to control his earthquake invention: after attaching his machine to own Brownstone, neighbors reported diabolical sounds and blasts. Authorities arrived in time to find Tesla smashing his machine, which apparently couldn’t be stopped otherwise, with a sledgehammer. Trying to harness or enhance resonance almost literally brought a total collapse around him.

[Visual metaphors of building and collapse, resonance and dissonance are used in the projection, interspersed with text based social interaction and color, the blocks provide shape to the nebulous social construct – just one vision or conception of this network.] [Under and within the structure are tactile/sonic resonators activated by performer/participants speaking social media updates (tweets, Facebook status, etc).]

The performance is a commentary on this resonance of Tesla. One that is seen in social media borne from his inventions and vision. And the resonance that is sought through social media— where status updates, tweets, and geolocations are viewed as literal sounding-boards to connect with one another. The construction probes the possibility of disaster and loss of control brought about by seeking more and more community only through social media— the possibility of collapse: a collapse of social norms, personal and intimate interactions, and the utter shattering of human-to-human contact.

[Resonance between blocks, information, communication, and video may ultimately become destructive. Interaction in the media presented in the construction ultimately resonates with the structure itself until it can no longer hold together, fails, and collapses.]

These are the concepts behind the work. The design and artistic motives are in place and fabrication will occur over the month of July.

Resources and Documents:
Technical Diagram
Follow our development of this project